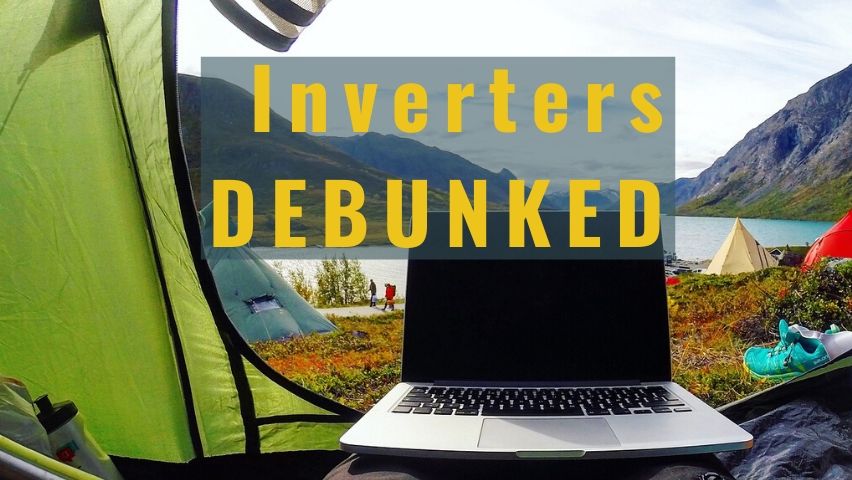 When you have electrical devices in your overlanding vehicle such as a laptop, a fridge-freezer that require power, you will need a car power inverter. This inverter converts direct current, DC, from your car battery to alternating current, AC, to be used by these devices.

Power inverters are significant in the electronic world. DC current, from car batteries and dry cells, refers to the flow of electrical charge carriers in one direction. On the other hand, alternating current refers to an electric current that reverses direction periodically.

Given the sensitivity of some of the electrical products as well as a vehicles electric systems, it is very important to choose the best power inverter for your needs.

DC power normally comes from standalone batteries in automobiles, solar panels, and wind turbines. This is a low voltage usually 12 or 24 V.

On the other hand AC power is the standard household power used to power devices such as TV, coffee makers, laptops, and refrigerators in your car, truck, boats, or even semi trucks.

There are three ways to connect your car power inverter to the battery of the car:

There are different reasons why you need car power inverters. To put it another way you can take any devices you use at home and use it in the wild, as long as you have enough charging power.

The current will be drawn from your car battery that might run flat if you’re not careful.

You either need to keep your engine running or, like on many overlanding trucks, get your vehicle fitted with solar panels or take a portable one with you. You will then be able to charge your auxiliary battery without keeping your engine running.

How Do Inverters Work?

Additional components are added to create a pure or a modified sine waves.

Inverters are automatic, offer efficient running if you use solar panels (but be careful as they do draw power), do not produce fumes, and they are noiseless. The latter mainly stands for Pure Sine Wave Inverters.

Philippe from Sin Rumbo provide some expert advice: "As the saying goes: there is no free lunch. Inverters absorb their own share of current to power their internal circuitry. What that means is that if the inverter in ON and no appliance is connected to its output, it will still draw current from the battery. The larger the inverter the larger that idle current. For example my 1500W pure-sine-wave inverter draws 1.3 A while idling. That is not negligible, and should be accounted for. It also leads to the idea of not buying an inverter too much larger than required."

Most equipment on the market today, you laptop, smartphones, tablets etc. are designed for pure sine waves. Pure sine wave allows different devices to work to their full specifications. 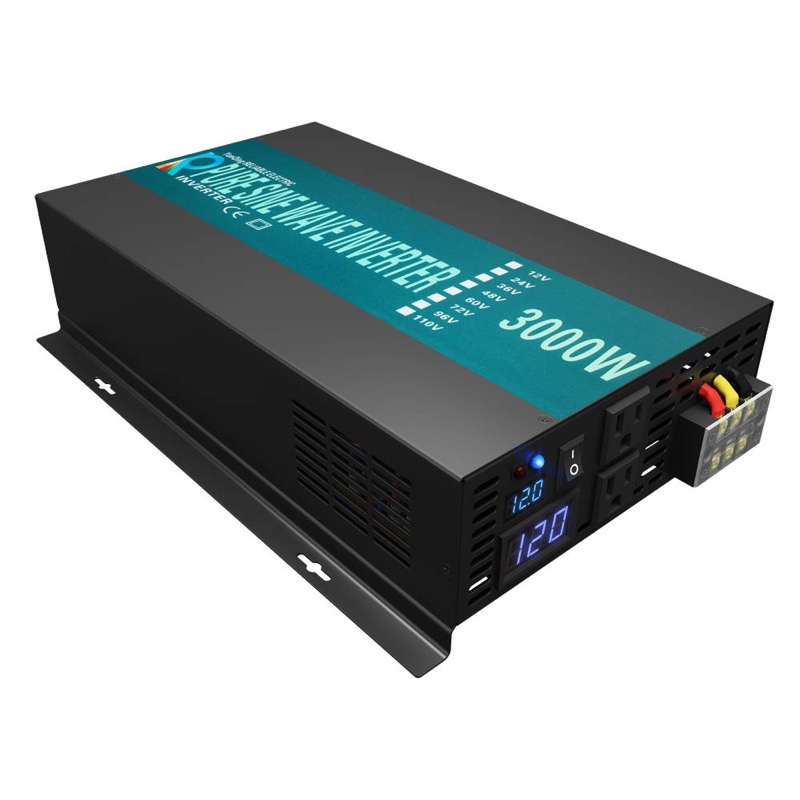 A number of appliances such as bread makers, some battery chargers, and light dimmers require pure sine wave to work, while motors and for example microwave ovens operate better with pure sine wave.

Pure sine wave and true sine wave inverters are the same. They are both designed to produce clean or perfect sine waves.

Modified sine waves are ideal for use with most equipment, but their efficiency in some equipment is significantly reduced.

Delicate equipment, such as laptops, over time can be destroyed by modified sine waves.

Any device with a microprocessor controller might overheat or cause noise. 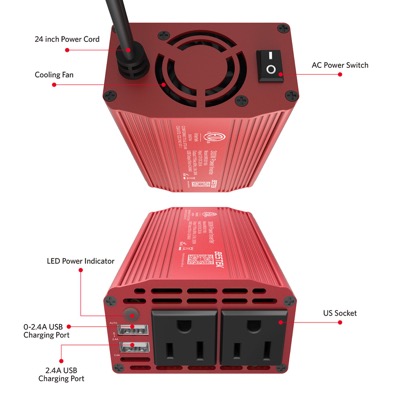 Some devices do not work well with modified sine waves:

Modified sine inverters are more affordable than pure sine inverters and they perform efficiently and you can use them when the battery has low charge – because they will last longer.

Due to their lower price, they are more popular than pure sine wave inverters.

Use modified sine wave inverters only when: 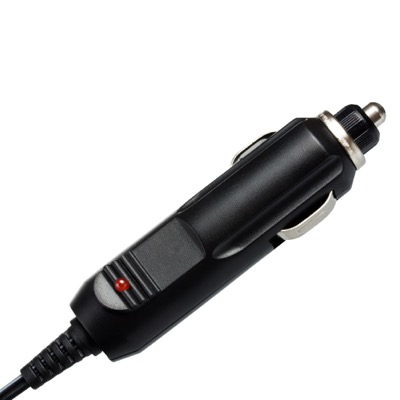 Which Should You Buy?

If you need to run everything in your car, choose pure sine wave inverters.

Finding The Right Inverter For Your Needs

What Size Power Inverter Do You Need?

The power of an inverter is measured in watts. Basically, an inverter should supply the peak or surge power and the usual or typical power.

Surge refers to the highest power that an inverter supplies, in most cases, only for a short period between a few seconds and some minutes. Most appliances require a high surge to startup than they need to run.

This peak wattage can be twice the amount a device needs when running, however, always check the label on the device to make sure. Typically, pumps, refrigerators, and compressors need a high surge power.

Typical power refers to the power an inverter supplies on a steady basis. The power shows a continuous rating and as we mentioned,  this power is lower than surge. Typical power is what a refrigerator uses after the first few seconds of startup.

Average power is lower than surge and typical power. It is not an important factor when choosing the best power inverter for car. For instance, running a 2000W pump for 20 minutes and a small TV for the same period would give an average of say 300W.

Average is used to estimate battery capacity required. The inverter you buy should be sized to meet the maximum peak load and the typical continuous load for the various equipment you have. 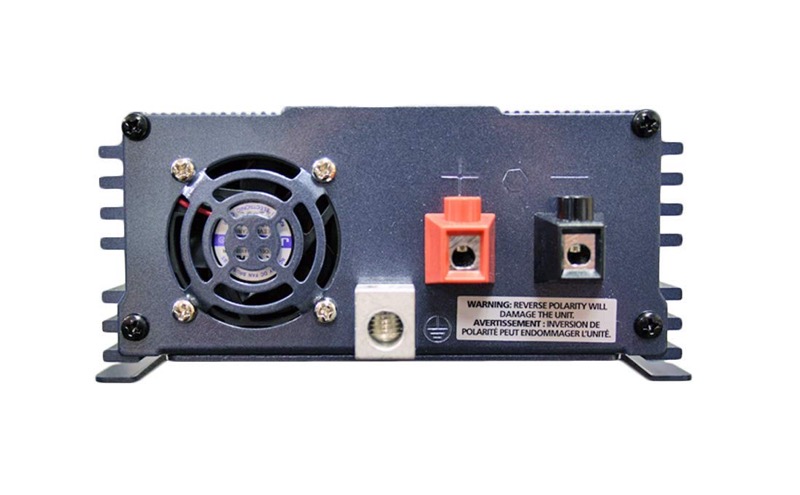 Inverters are rated in watts with the smallest being 50 watts and the highest 50,000 watts. Usually you do not need a unit larger than 2,000 watts for use in your overlanding vehicle. So when choosing inverters, first consider its maximum surge and period of operation.

Inverters will have a surge rating and a continuous rating. This means that the inverter will handle an overload of many watts for a short period. Surge capacity varies from one inverter to the next and within the same brand.

The differences may be as little as 20 percent or as high as 300 percent. A surge of between 3 and 25 seconds will cover up to 99 percent of your appliances. For instance, the motor of a pump will surge for only 0.5 seconds.

Inverters with low surge ratings are the most common and are used for high speed electronic switching. They range between 25 and 50 percent maximum overload. Most of the inexpensive inverters in the range of 50 to 5000 watts fall in this range.

Inverters with the highest surge rating are transformer based low frequency switchers. The ratings on these inverters can be up to 300 percent overload.

While high frequency switching inverters have a low surge capacity, they have a number of advantages. They are compact, lightweight, and relatively cheap. Usually, you will not need to use devices that require high surge capacity.

Unless you are using a submersible pump, which you might not need in a car, stick to low surge capacity inverters.

The appliances you have will determine the power rating of the inverter you choose.

Other Factors to Consider For Inverters

Single outlet inverters are simple and inexpensive. They offer a continuous current capacity of between 150W and 200W. They are small and save space and usually are “plug and play" devices that have a cable attached with a plug that fits into the cigarette lighter in your car or truck.

If you have only a single device to charge, choose a single outlet. Multiple outlets are larger and heavier. They deliver a higher continuous current capacity compared to single outlets.

USB outlets are ports that allow you to power devices such as tablets, smartphones and other devices that charge using a USB cable. The amount of power does not vary whether you use a USB outlet or a standard outlet.

With a USB outlet, however, you cannot power most of the appliances. You can choose between an inverter and a portable charger, generator or portable power supply.

You can read more about these devices in our guide, but in short, while portable inverters that are used in cars, trucks, and boats are connected to the battery using a cigarette lighter socket or connected directly to the battery, there are a variation of Portable Power Supplies that are designed as inverters, battery charger, and a transfer switch all in a single unit. 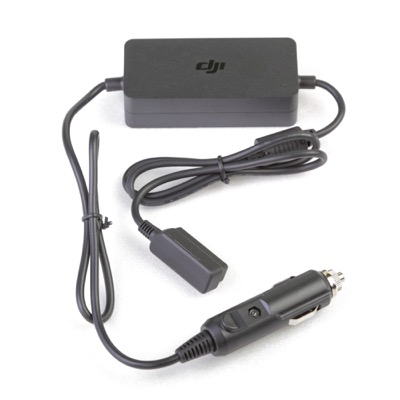 You can purchase chargers and power supplies that can use 12-volt current, but you will need several different ones to be able to charge all your gadgets.

Other factors to consider include durability, design, and price.

You should also consider safety features such as auto shut-off feature that should be listed on each devices’ label. 220 and 110 Volts of current can be very dangerous, even lethal. Inappropriate use of a car power inverter will result in injury, loss of life or property damage.

Please read and follow the safety instructions and precautions in the Owner's Manual provided with every inverter with great attention.

When you are buying a power inverter for your car, you do not have the privilege of choosing a battery because it comes fixed in your car.

Most of the power inverters are suitable for different cars and you never have to worry about the battery.

However, when you are using a 500 watts or larger inverter, you will need a better battery such as a 12V deep cycle battery.

Such a battery will offer you hundreds of complete charge and discharge cycles.

Deep cycle batteries are designed to drain and recharge repeatedly. If you are using a normal car startup battery, you need to keep the car engine running when you are operating the inverter.

If you will be using the inverter to operate appliances with continuous load ratings for long periods, you should not power the inverter with the battery that starts up your car. 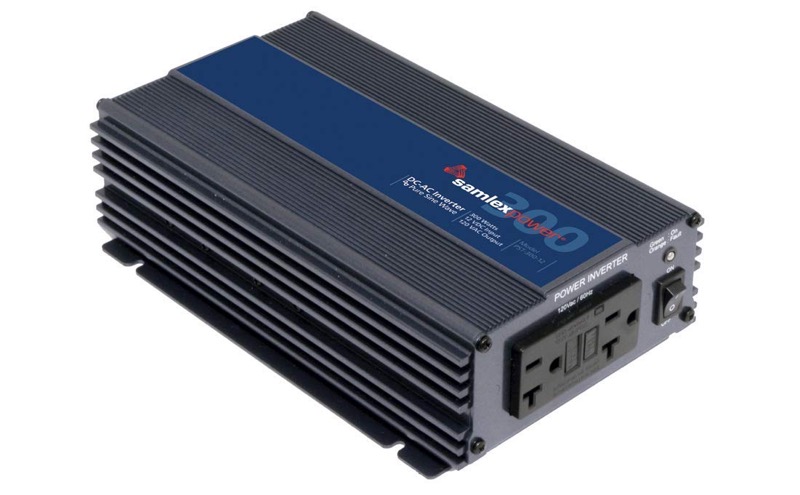 If you use the same battery, it may be drained to an extent that it may not start the vehicle. In such a case, you need to have an extra deep cycle battery installed near the inverter.

When you install another battery, you will need a battery isolator between them.

When shopping for a car power inverter that uses a cigarette lighter, power limit below 400 watts is more than sufficient.

If you need to use high power electrical appliances, choose inverters that are directly connected to the battery. In such a case, the battery can supply 500 watts or more.

You can use it to drive small motors, 1000 watts or high power devices.

Consider the number of outlets you need and whether you need a USB port.

If you have many devices, choose an inverter with multiple outlets.

Most importantly, ensure that you have the right car power inverter for all your applications, i.e pure sine wave or modified sine wave.

You should consider having a single car inverter for all your applications.