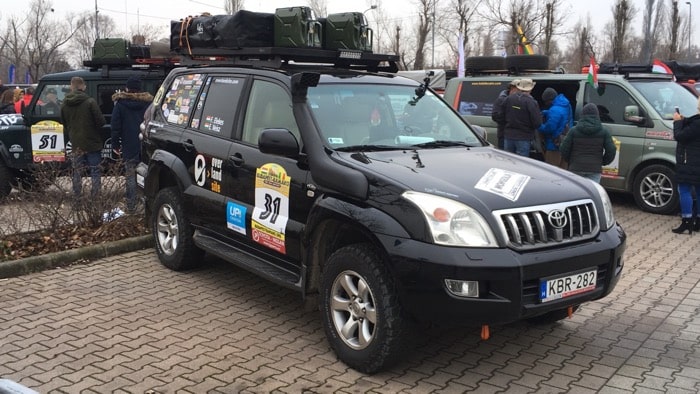 The Start of Our African Adventure and the Budapest-Bamako Rally

Start date! The long awaited start date of the Budapest-Bamako Rally had actually arrived. It was quite a long wait, with preparations taking place over the previous weeks and even months.

A trip to Africa was on our list for quite a while but never been to that continent, we decided we would go with an organized group - in this case the Budapest-Bamako Rally - and overland independently on the way back.

We were on our last few hundred miles driving back to Budapest after a North European, 2-week long trip when we were sort of saddened by the fact that we did not actually have another trip planned yet.

This was the moment when the decision to travel overland to Africa was made. We decided there and then, in the truck on the Czech motorway.

So the start date, January 12, arrived and we were really excited! Our goal for the first day was to get to Munich, Germany.

We wanted to take the northern route, as opposed to the route through Slovenia and Italy, in order to avoid expensive Italian motorways and busy roads in Southern France.