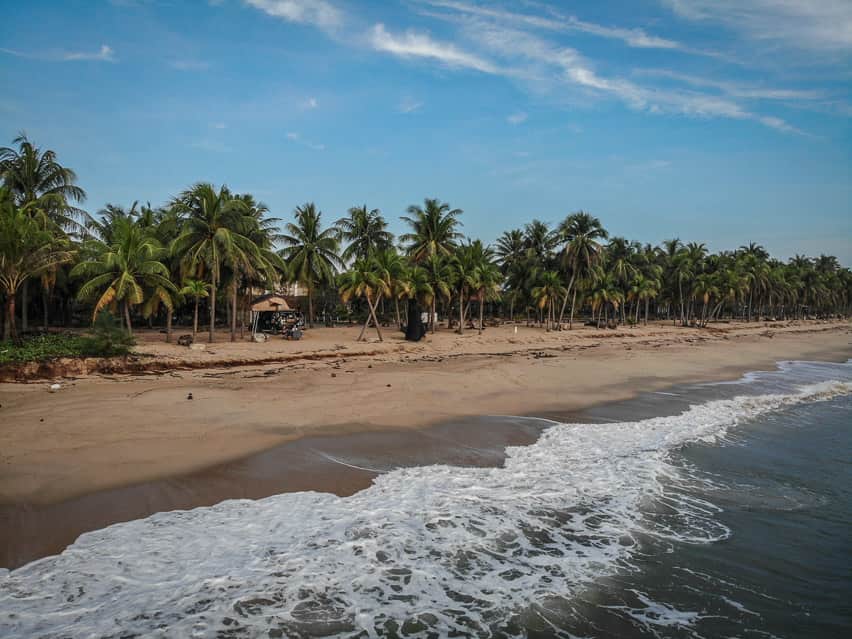 Difficulties with Entering Thailand and how to Tackle Them

As I mentioned in the previous post, we had a hard time entering Thailand.
I knew it was going to be difficult, but never thought we’d have to try 4 times before we’d be able to enter.

The issue is that, for an unknown reason to me, Thailand introduced a new set of regulations in early 2016 that restrict vehicles entering the country, with the exception of cars registered in Laos, Malaysia and Singapore.

Unless your vehicle is registered in one of these countries, you need to apply for a “Temporary Permit”.

This permit will allow you to enter with your own vehicle. However, even before you can apply for this, there are certain criteria that need to be met.

For example, you can only apply if you have one of the following type of vehicles:
- Motorcycle
- Passenger car with no more than 9 seats (including driver seat)
- Pickup truck weighing no more than 3,500 kilograms

This means if you happen to drive a vehicle that’s registered as a camper or motorhome, you can’t apply for the permit at all. The Official Way: how to apply for the temporary permit for your foreign-registered vehicle to enter Thailand

You have to apply for the temporary permit through a Thai travel agency that holds the right licenses, not just any agency. You need to submit your application at least 15 days prior to your date of entry.
Once you go through all the bureaucratic hoops and difficulties (hopefully with the help of your chosen agency), you will be issued a temporary permit that’s valid for a maximum of 30 days, depending on your planned itinerary. According to the regulations, you also need to have a Thai-registered escorting vehicle with you at all times.
There’s a very long list of documents that are required as part of the application, and of course, the permit costs a lot of money - thousands of dollars, in fact.

The process and requirements are very similar to what we had to do in order to travel through China overland. However, the difference is that in China, the regulations are clear as they’ve been in place for several years. There are a number of good agencies that can help you, and having a guide with you in China is very useful when it comes to handling checkpoints and even dealing with simple tasks such as asking for directions or buying entry tickets. Very few people in China speak English, and we would’ve found a lot of situations very difficult if we hadn’t had Shang or Brenda with us during our 43 days in this country. Moreover, an overland trip through China is a long journey; there’s so much to see that, compared to Thailand, you get a lot of value for the money you pay for the permits and agency’s services. Of course, there’s a lot to see and do in Thailand as well, but it’s hard to accept similar costs for a much smaller country, especially when it used to be free. We heard of several scams as well, where overlanders were charged thousands of dollars for a ‘guided tour’ through Thailand and all they ended up getting was a smooth(ish) border crossing. The tour guide left the group right after the border crossing. Perhaps it was even better for the overlanders to discover the country on their own.

You can download the official summary of the regulations here. The Actual Way: how overlanders are usually entering Thailand

Since the regulations are fairly new (they’ve only been in effect since February 2016), the authorities at the border crossings are not always enforcing them. I’m not sure if this is due to a lack of knowledge on the customs officers’ side or if they just don’t care. Laos has similar, new regulations but these are not enforced at all. I guess entering Laos will also be getting more difficult over time, but as of 2018 it’s very easy.
Since the requirement to obtain a temporary permit for Laos is so vaguely enforced, overlanders attempt to cross at border crossings where they’ve heard of successful crossings during the previous few days. It’s relatively easy to meet overlanders in Laos (and I guess in Cambodia as well). Exchanging information about Thai border crossings is one of the major subjects when overlanders meet in Laos. There’s also a lot of discussion going on in the Overlanding Asia Facebook group, and there’s even a dedicated group set up on this one topic to share the latest information: “Thailand - New regulation affecting overland travellers on foreign vehicle”.

A key person from whom everyone asks help is David Goodchild, who runs Plodd Stop in Pattaya. David is an overlander himself, now settled in Thailand, and since he speaks to literally all overlanders who cross into Thailand, he has the latest information on where and when to enter. He can also buy you insurance in advance for Thailand (it may help when you’re crossing) and provide you with some helpful advice. From our own experience on top of the information we gathered from David and other overlanders, here are the rough guidelines you need to follow:

- Try to cross on Sunday evening. The boss might not be there and if the officers aren’t sure of the rules, they won’t disturb their boss on a Sunday evening and might just let you through.
- The northernmost border crossing between Laos and Thailand is apparently the easiest. Among the overlanders who David spoke with, no-one was ever turned back here.
- If an officer says no, don’t give up. Be confident but remain polite. Try to speak to their superiors and explain that you just need a temporary customs permit (not to be confused with the Temporary Permit mentioned above), and they may still let you through.
- If you’re refused entry, try the next border crossing that’s closest to you. We were refused entry 3 times. It was a bit frustrating by the end, but luckily, together with our friends Paul and Clemence from All You Can East, we were finally able to enter at Pakse.

First we tried to cross at Thakhek just after completing The Loop. Unfortunately, the officer knew the rules very well and was quite firm when she explained that we couldn’t enter, even calling an agency for us. We politely declined the services of the agency and went back to Laos.

For the second and third time we tried crossing at Vientiane. We were hoping to catch a different shift of officers when we tried to enter at Vientiane for the second time, but we were quite unlucky and were met by exactly the same customs people as before, so naturally we were sent back to Laos again.

I wouldn’t recommend this border crossing as it seems to be much better organized than the others we’ve seen. Having said that, we know of several overlanders who successfully crossed into Thailand at this post. On our third attempt we actually had to walk into Thailand to get our passport stamped. Then we walked straight back out again so that we had an exit stamp, which meant we entered Laos without any issue but had to get new visas and temporary import permits for the country. That cost another $100, although we at least had 30 more days again to figure out how to eventually enter Thailand.

Luckily, it only took us another few days from here, as Clemence and Paul offered to help us by joining them to cross at Pakse. Paul had a Thai friend who flew to the border to help us with the process. Just having a person with us who spoke the language and figured out that our Carnet de Passage would be sufficient was enough for both vehicles to be allowed to enter the country. So basically, to gather the latest information you need to speak to other overlanders who’ve tackled the same issue, and just keep on trying as many times as it takes. Eventually, you’ll be able to enter the Land of Smiles... unless the regulations are enforced more consistently in the future.