Perhaps if Leonardo DiCaprio had a can of bear spray handy in his pants pocket during that bear brawling scene in “The Revenant“ then that scene would be much shorter. Still not historically accurate, but shorter nonetheless.

Could Leo have pulled out a pepper spray and screamed loudly for help? Would it have been more effective? Can we relate this to modern day non scripted scenarios?

Let’s look at it in our Bear Spray vs Pepper Spray comparison.

If you manage to get the bear in the face and nose, the bear will reconsider making you his breakfast.

But do not confuse the bear spray with Pepper Spray.  Pepper spray’s main function is to cause harm to other humans. And that’s okay, providing they were trying to harm you first.

There may be some murky waters in this post #me-too movement as to what constitutes inappropriate, harmful or threatening behavior, but that’s another article. Folks get pepper sprayed. That’s just a fact.

Pepper spray is a non-lethal weapon used in cases of self-defense, policing and riot control. Like bear spray, the primary active ingredient in pepper spray is oleoresin capsicum.

The levels of oleoresin capsicum and related capsicumoids are lower in bear spray than in pepper spray. This is because animals have a greater sensitivity to sight and smell.

For humanity reasons, Bear sprays in the United States must be regulated by the Environmental Protection Agency.

Additionally, pepper spray is designed to submit a direct spray. Bear spray in turn creates a white cloud, which also acts as a visual deterrent from attacking humans, as well as causing moderate levels of pain and discomfort.

A bear will not be knocked out by bear spray, but will usually still retreat. Bear spray should be administered at a minimum of twenty to thirty feet to be effective.

Can I use pepper spray instead of bear spray?

You shouldn’t. The pepper spray that lives in ladies handbags will do very little in deterring bears from eating a person.

Pepper spray should be reserved for personal protection and peace of mind.

Is using bear spray on a human legal? 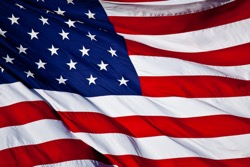 If you live in the US, spraying people with bear spray is pretty much legal. However, there isn’t much need to do so bar a human rape attack in the forest.

Pepper spray is more potent anyway, not to mention a lot cheaper. 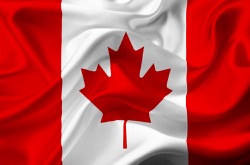 In Canada bear spray is legal, however, it is illegal to use as a defense against humans.

A jury may make an exception depending on circumstances, but it’s not a theory worth testing, aye?

Can pepper spray hurt a bear?

Both pepper spray and bear spray could potentially cause a bear discomfort, however the difference in which the spray is dispersed make it too dangerous a trick to attempt.

Bear spray will distribute a cloud with a larger space. Pepper spray is a thin stream which is easily misfired if you are panicked.

Spray or not, if a bear gets close enough before you have a chance to hit the target you are in danger.

Which is worse: mace or pepper spray?

The word Mace refers to its original manufacturer, Mace International. Mace is sometimes referred to as tear gas as it uses similar compounds.

While pepper spray can incapacitate and cause discomfort, temporary blindness and effect breathing, mace is a pure irritant relying purely on pain.

Due to the fact that mace takes up to thirty seconds to take effect mace has little use for those being assaulted.

Mace has been shown to be largely ineffective to those under the influence of drugs or alcohol.

People can also build up a tolerance to mace, where as in pepper spray this does not seem to be the case. Because of this, pepper spray is the better choice for self-defense.

There are also certain states in the US where mace is not legal. Why risk it for a lesser product?

Is that a can of bear spray in your pocket or are you just happy to see me?

An angry bear is a busy bear and will most likely not wait for you to rummage through your backpack waiting for a face spraying.

When out in the woods keep your bear spray on hand or on person.

Spraying a bear should be a last resort and is a defense line for bears that intend to harm. Do not approach a passive bear and attempt to dispel it from it’s location.

Bear spray has the potential to give a person a false sense of security. There is always a chance of being mauled or injured, whether you carry bear spray or not. 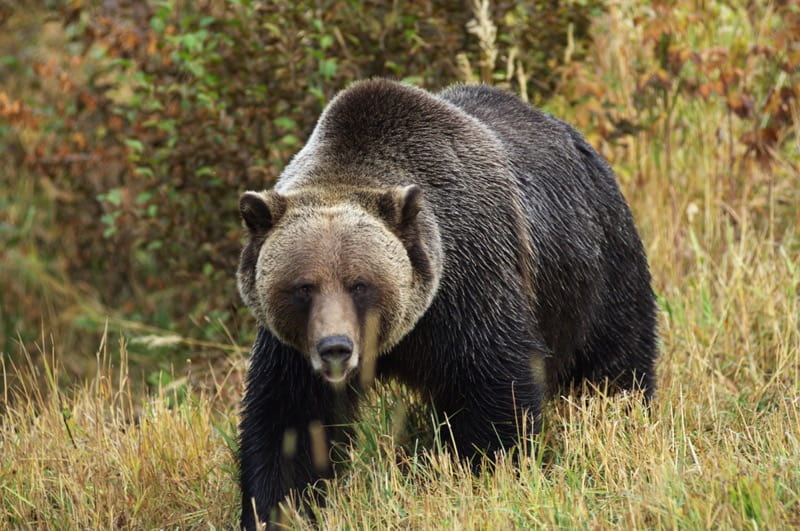 Could a firearm be just as effective?

My first guess was yes, however after some additional research it appears this is not usually the case. Two nature docs and multiple articles later, I feel I can safely assume that Grizzly bears are as alpha as they come.

If you shoot one and it’s not a head kill, you’re just going to make it mad. Drop and flop seems to be the most common advice.

The more you struggle, the more chance you will be mauled.

A bear that is shot may crawl away to die later, but not before whooping you first.

Statistics show that half of all people attempting to shoot bears are still injured. In contrast, the majority of people using bear spray are able to escape with usually a lot less personal harm.

From a conservation perspective, the pain of bear spray will wear off of a bear in a few hours. A gunshot can cause an animal to bleed out or die from an infection.

So it appears in the case of bear spray vs pepper spray, the winner appears to be a resounding “both.”

Whilst both have bases in red hot chili peppers, they both have their own designated uses by design, which if substituted could potentially be dangerous.

If you are a camper, a hiker or the like you should invest in bear spray. Tuck it into your belt, pants or in your pocket. Not your backpack.

If you live in the city and your primary concern is protection from drunks, deviants and thieves then go with the pepper spray.

Of course, as with anything that can be perceived as a weapon, always ensure you have a real and valid reason to use it. And for Christ's sake don’t spray yourself in the face.

Should either of these be part of your Overland Essentials Bag?